Before our trip to Japan two years ago, E had introduced me to a show on Netflix called “Mind of a Chef”. We watched the whole first season before we left on our trip as a form of ‘research’ and to prepare our bellies for the types of food we needed to try while in Japan. The first season was hosted by chef, David Chang, who was hilarious and very entertaining to watch. 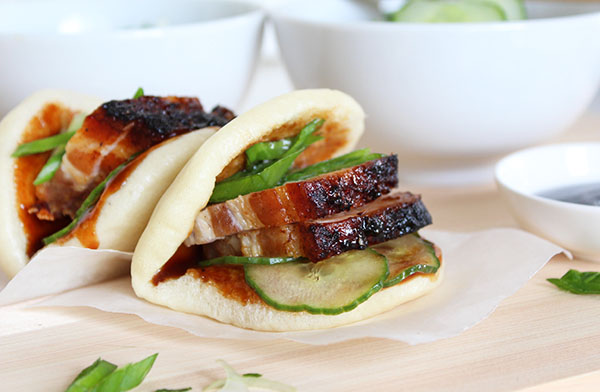 Watching that show was the first that I had actually heard of David Chang…  I know… you’re probably thinking… wow, this girl probably lived under a rock… how could she not know who David Chang was?! E on the other hand was already a huge fan and had even visited one of his Momofuku restaurants while in New York. It has been about ten years since E visited the restaurant and he continues to rave about their Momofuku Pork Buns! They must have been something amazing! 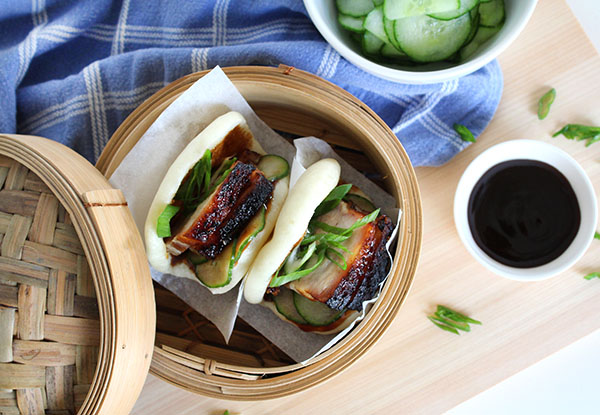 It got me curious as to how amazing these buns were and after a quick google search, I got my answer. The internet is obsessed with Momofuku Pork Buns! Martha Stewart even did a short segment with him years ago, where David Chang went on her show and demonstrated how to make them! So with that… I was off to the grocery store, list in hand and in search of pork belly. In case you’re wondering, here is the recipe that I followed from the Martha Stewart site. 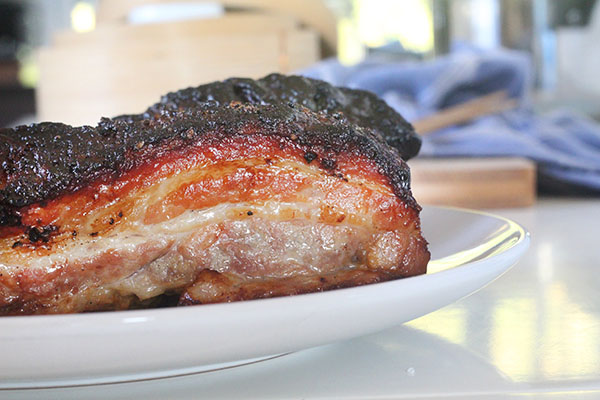 The two main components are the pork and the steamed buns. The two recipes themselves were not very difficult, however, the whole process from making the pork, to making the buns, and waiting for them to rise was a little time-consuming. If you’re planning to make this recipe, I’d recommend setting aside a full day or split it up into two days where you make the pork on the first day and the buns on the second day. 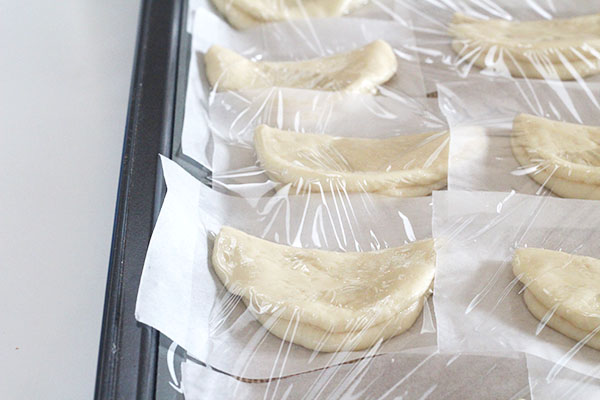 I know, it seems like a lot of time and it is, but I have to say that the buns are mouth-watering delicious and are completely worth it in the end! I wouldn’t say it if I didn’t truly mean it! 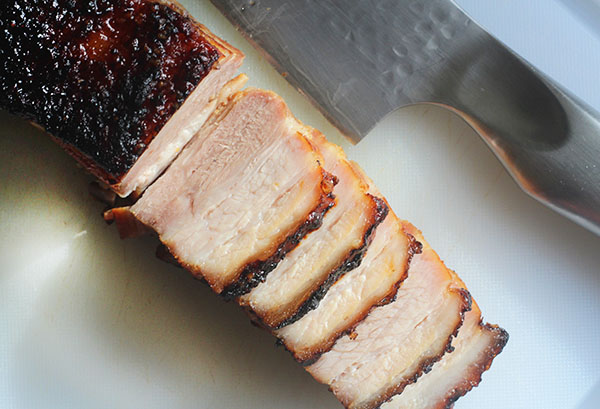 The breakdown of mouth-watering deliciousness… the pork is rich with umami flavor, the cucumbers add a nice light crunch, scallions add a crisp sharpness, and the hoisin sauce rounds everything out with a subtle sweetness. And the buns! Don’t get me started on the buns… they are top-notch…  smooth, chewy, pillowy and everything else you’d expect a steamed bun to be! Each bite is a flavor bomb, nestled together in a soft bun, filled with the perfect balance of flavors. 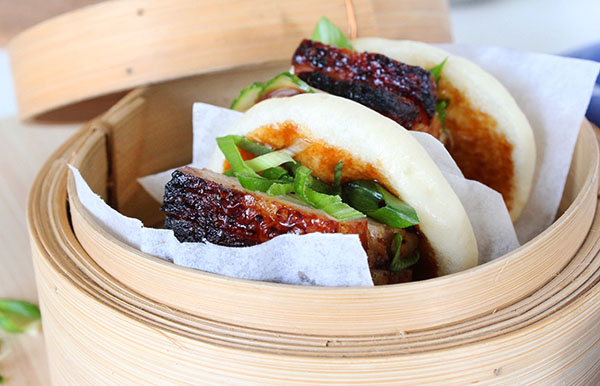 Leftover pork belly? No problem! Throw together some broth, noodles, top it off with a few slices of pork belly, scallions, and a marinated egg … and viola, a delicious ramen bowl!