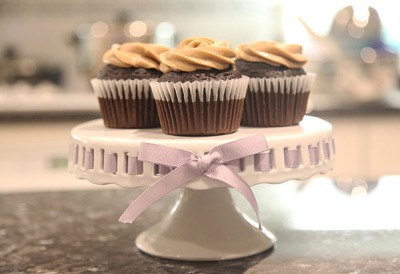 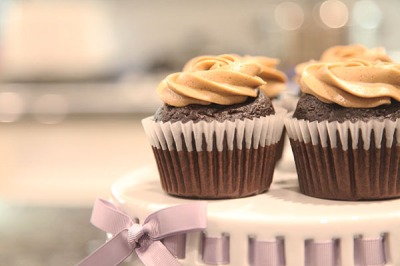 Remember those lavender cupcakes with vanilla bean buttercream? I had a small amount of buttercream leftover, probably about half a cup, that I had put in the fridge for future use. I’m not sure how long you’re allowed to keep leftover buttercream in the fridge, but it probably lasts for a while…  I mean, its basically only butter, sugar, and flavouring. 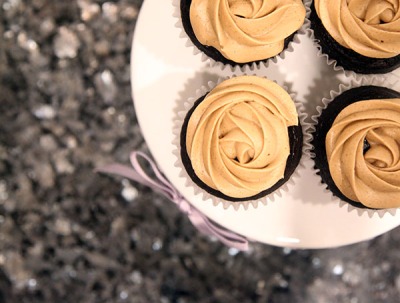 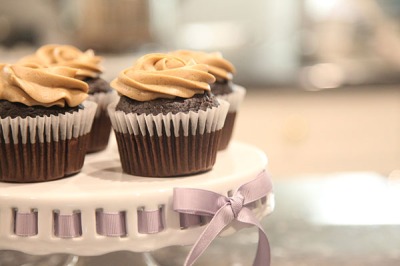 Need I say that it was delicious paired with a moist chocolate cupcake. I personally really liked the proportion of icing to cake with these cupcakes – not too much, but just enough to have some icing in every bite. Serious perfection. 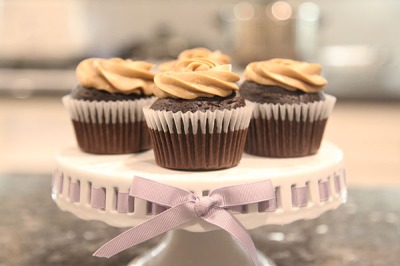 I’m bringing these over to Angie’s two-week celebration of the Fiesta Friday Anniversary event – hoping the guests will enjoy these cupcakes as much as I have!